Artist: Teenage Jesus And The Jerks
Label: Other People
Release: 2015

Teenage Jesus and the Jerks began to formulate their visionary brand of aural catharsis sometime during the first half of 1977, amidst the sordid ruins of a then fully down-and-out Lower Manhattan. The mastermind behind this juggernaut of sonic libertinage was a barely pubescent but world-weary runaway who called herself Lydia Lunch. Influenced strongly by the Marquis de Sade and Henry Miller, Lunch shrewdly decided to graft the existential horror of her own writing onto harsh, atonal music after being exposed to the room-clearing live output of other contemporary rock-music deconstructionists like Suicide and Mars. With an agenda of conjuring nightmarish intensity in lieu of technical instrumental ability, Teenage Jesus instantly made the supposedly “nihilistic”and “raw” current wave of so-called Punk acts sound like slick, good-timey pop music by comparison. This particular collection about to be released on Other People is meticulously edited and mastered from rare bootlegs taped during the initial 1977-1979 period of classic band, and only one title (Crown of Thorns from January 17, 1979) has been legitimately released to date, albeit in a completely different sound quality. Almost every known Teenage Jesus and the Jerks composition appears on this compendium and Ms. Lunch herself is quite satisfied that this just might be the final nail in the coffin…. If it is the sound of deliberately organized and deployed agony you are seeking, your bath has been drawn and the razor awaits. 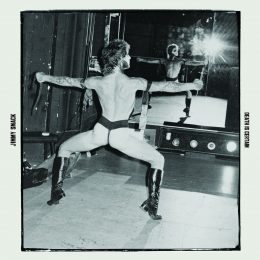 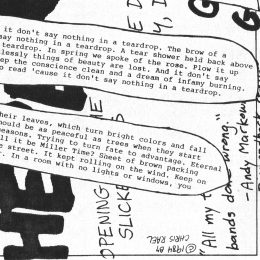 The Game Of Music